Meanwhile, Back at the Ranch… 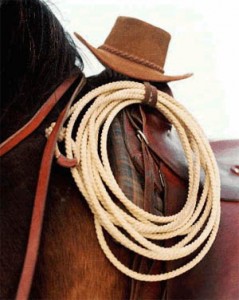 My wife is pretty much a “rock-star kinda chick”!  She came through this surgery amazingly and endured 10 days in a hospital room beautifully. While she was trudging through the pain and the monotonous, drag-on days in the hospital – my Mother came out for a few days to help around the house and with the kids.  Thanks Mom!

Currently, with the help of Jennifer’s Parents and her Grandma, this first week out of the hospital has gone very well.  My wife is still in pain from the surgery and has to be on some pretty potent pain-meds.  Her parents and Grandma being here is a huge blessing as well – thanks Schumacher clan!

The good news is:

She’s at home.  Being home does wonders for a person’s soul. I sincerely believe you heal faster when you are where you belong and are surrounded by love.

She can eat what she wants with no restrictions unless she feels like it’s affecting her.  So, no special diet or weird supplements.

We got to see a church full of love as they responded with love by: praying, watching our kids, preparing meals and visiting.  Thanks to the Radiant Church family.

We got to see a community of friends from all over the world respond with love – I love social networking!  Thanks everyone!

I sit writing this blog post in in a unique predicament – and yet, it’s not so unique in the grand scheme in this world in which we live.  My wife has undergone some major surgery… I won’t go into all of the gory details (at lease not yet) but I will say that she’s gotta a huge scar that runs the length of her mid/lower abdomen, and part of her guts were removed – and the rest re-arranged with titanium staples and stitches – it’s like internal interior decorating in a human body: “We wanted to create a calm flowing feeling from the upper bowel to the lower bowel. So, we added a splash of color on this wall.  Perhaps a potted palm over there and a snappy drape on that end table…”

This post isn’t really to illustrate my unique view surgery, but the fact that God can do amazing things when we think, (you ready for this?) when we think He was kidding or forgot about us. God is faithful!  Let me expand this thought:

You must realize that Jennifer has dealt with Crohn’s disease since she was a teen and was actually diagnosed with it when we were first married.  She has been hospitalized 6 times in the last 14 years because of it.

Back at the end of November, Jennifer was told that no sign of Crohn’s disease was present – which we celebrated, along with many people God’s healing power.  Then, 2 days later a severe flare-up sent us into the ER at the end of church on a Wednesday night.  The Doctor’s diagnosis was that this was obviously related to Crohn’s disease.  They got the pain under control and used steroids to bring the stricture down.  After a few days in the hospital we went home discouraged because we were sure that God had done a miracle a week earlier.

Stuff was good since the beginning of December.  Jen never really had any severe pain. And we enjoyed our Christmas.  Then again, last week on a Wednesday night, we were on our way to the ER again – Jennifer having sever abdominal pain.  We waited out the night as the Doctor’s tried the same strategy as before… It didn’t work.  So a Surgeon met with us to tell us that according to the CT, and the current strategy – things aren’t getting any better.  She needed surgery.

So, they went in and did the surgery and removed over a foot of dilated intestine.  Then the surgeon took off on a flight and we didn’t see him again until this morning.  As I was dropping the kids off at the school, the surgeon, who was back in town, met with Jennifer to tell her some interesting news… news that we had no idea about.  As he performed the surgery, he decided to examine the entire digestive system.  Let me be more blunt:  He took as much of her digestive system as he could and pulled it out of her abdomen. He then laid it beside her on the table and began to examine it inch-by-inch – looking for any signs of Crohn’s disease.  Guess what?  He couldn’t find any!  Please understand that if a person has Crohn’s disease, a surgeon can find signs of it through-out the digestive system.  He proceeded to remove the section of intestine that was dilated but concluded that: the dilation was not due to Crohn’s disease and this surgery should be the finishing touch.